A couple of weeks ago I was having a beer with my good friend Raffael after an evening of climbing. The passionate computer engineer was telling me with a sparkle in his eyes that he had purchased something really cool – a red button that he was going to convert into a USB-Mouse. He always wanted to have an emergency button on his desk, which upon being pushed would sound a horn, a siren or simply shout “Chuck Norris” in a firm and loud voice. It made me giggle and my nerdy inner self was a having a slight case of button-envy.

Fast forward: I am a PR-manager in Munich, where I work for the public relations agency cocodibu (give it a try to guess what it stands for). In the early summer we were tasked with the exciting job to work with TOMORROW FOCUS in order to organize the launch PR of the German edition of The Huffington Post. We spent many weeks and months planning, writing, organizing, talking on the phone with the Huffington Post headquarters in NYC and getting excited the closer we were getting to D-day (or as we like to call it H-day), which was on the 10.10.2013 here in Munich. My personal highlight was the opportunity to meet the one and only Arianna Huffington – not something that you get to do every day! Actually I have to admit she wasn’t as cool as I had anticipated from all the things I had heard about her – No! She was even much, much cooler! What an inspiring woman with a very positive attitude and nature, a fascinating story to tell and a very smart woman who knows exactly what she wants. On top of that she is stunning – so needless to say, I was very thrilled to be working with her.

So, about a week or so before the launch of The Huffington Post, we thought we need a symbolic start for the new and innovative platform. But what? Are we going to cut a ribbon? Make a toast? Have a countdown? That didn’t really get us pumped for the moment. Smashing a bottle of Champagne on the side of a computer didn’t seem like the ideal solution either. Until my colleague Christian suggested that we need a big red buzzer or button that we can push to symbolize the start of the site! The idea is not really new, but it should work! But where do we get something like that?

Wait a minute…I have an idea! So I called my friend Raffael, explained the situation and he dropped the red button off the next day with a big smile on his face. “That thing is going to be famous” he winked!

H-Day: All the hard work from everyone involved in the launch really paid off. We had a great press conference, a fabulous launch, plenty of news coverage and many, many pictures on the internet of Arianna Huffington, Cherno Jobatey (the editorial director) and Sebastian Matthes (the editor in chief) pushing that red button.

Happy about the successful launch, I grabbed the button and stuffed it into my purse in order to return it to my friend on the weekend. But then we received a phone call – and it ended a little differently. Well, the button was still stuffed into my purse but that was just a pit stop before a little journey he was about to take.

The phone call was from the Museum of Technology in Berlin (Deutsches Technikmuseum). They are starting a new permanent exhibition, which is called “The Network” and our little red button is to be part of it! The exhibition deals with information and communication networks and the effects worldwide interconnectedness has on many different aspects of life. So our little button is almost like a symbolic bridge between the traditional and the new, which is exactly what the Huffington Post stands for. It combines the concepts of traditional journalism and newly generated content on one platform. It provides reach, it provides a network, it connects different realms and people with each other. Just like Raffael connected me to the button, which connected us to Arianna, who connected us to The Huffington Post, which in turn landed the button a spot in a big German museum. This is the full circle of connectivity between history and the future. True story! I mean really – how many people can say they started the future and made history in the same day?! We can! 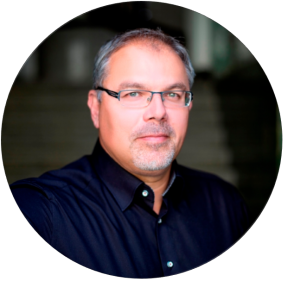